The site is an abattoir that has been set out as a showcase for new technologies within the beef processing industry. On-site, it employs over 700 people. First and foremost, it was designed to be carbon neutral with power provided across the whole site by a large Combined Heat and Power unit (CHP). This CHP is powered by biodiesel made from waste cooking oil and tallow, rendered from animal fat, which is a by-product of cattle slaughtered on site. The site also has its own waste-water treatment facility to ensure that its environmental impacts are kept to an absolute minimum. The total investment on the site was over £30m.

At the centre of the environmental showcase was the CHP that was set up to be on display to site visitors and the industry in general to share best practice. With the best principles of reuse and repurpose being the most environmentally sound solution, the CHP unit itself was originally from a ship, housed in a conventional industrial unit.

This had to be exceptional work that was absolutely best of breed and built to an exceptional standard. The final design of the building gave it a look almost of an office site, rather than containing a stand-alone high tech power solution.

Working from the ground up, our role was to first install a steel frame within the building and then follow with viewing windows for visitors as well as the huge glass front to the building. With these installed, we then introduced efficient acoustic damping to ensure that noise for visitors, neighbours, the people and even the animals on-site did not reach noise levels that could be intrusive or dangerous.

All of the pipes in, out and through the unit also needed to be protected from residual heat and to ensure as little noise leakage as possible. You can see this in the way the Kimpton team tackled the enclosure of the pipework.

This type of project, which uses clever technology to deliver sustainable power for a huge food processing plant is one that has to be a great model for others to follow. You wouldn’t, as a layperson, imagine meat processing to be either particularly clean, high tech or innovative. But to see this being delivered in a giant, working abattoir, has to be good news for the future of food production in the UK. 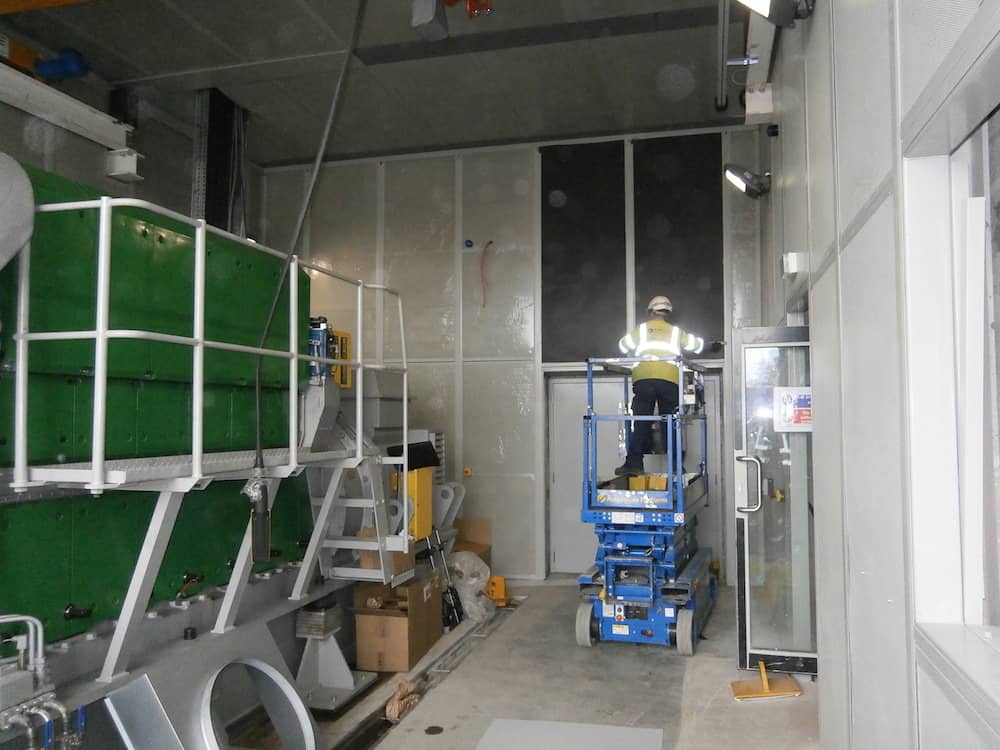 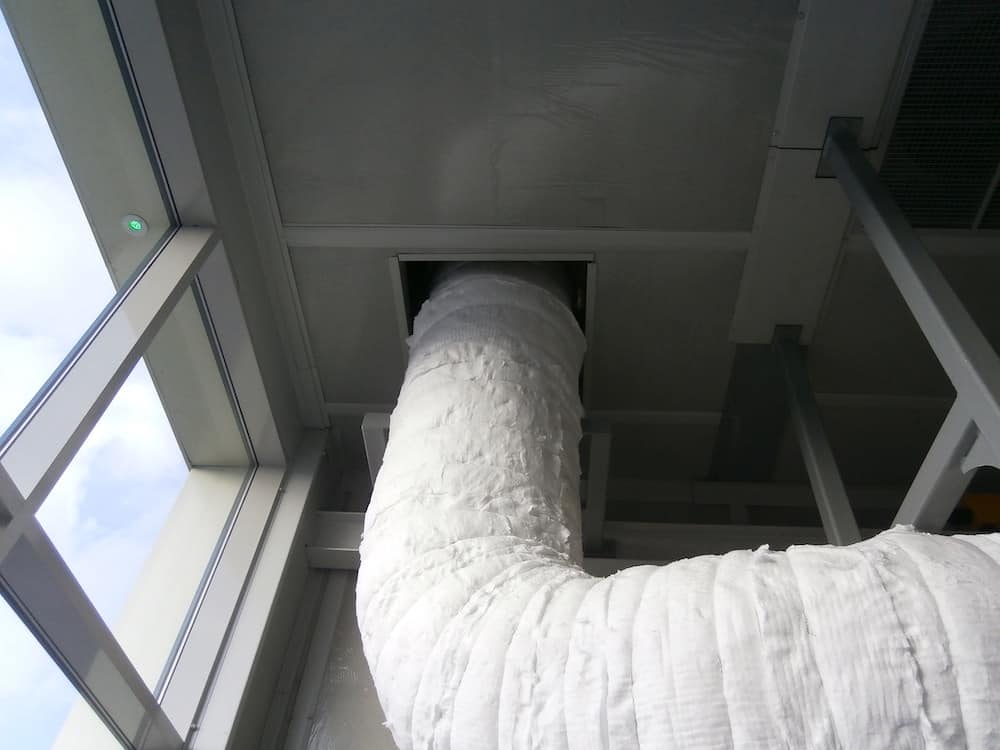 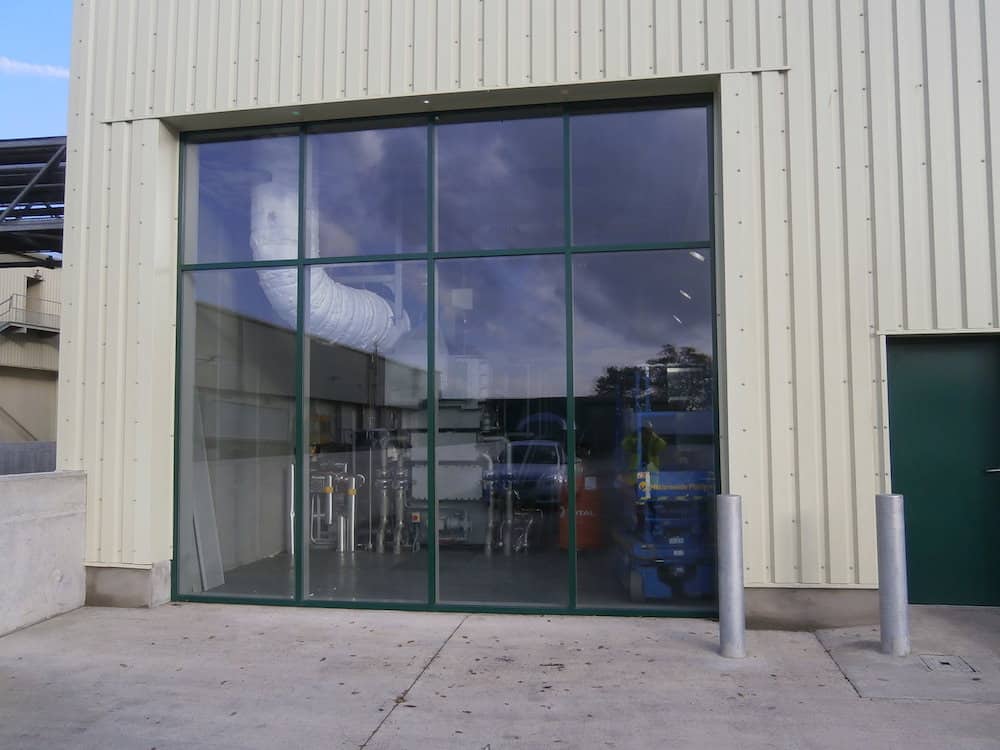 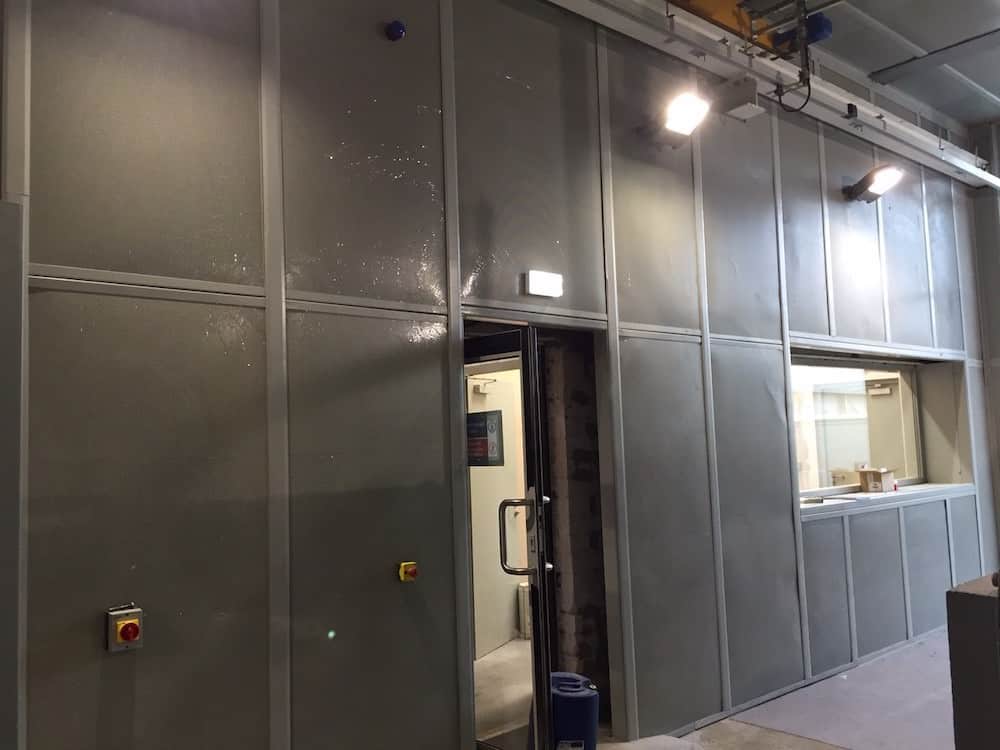